Victims of sexual abuse may suffer from depression, guilt, dissociative disorders, repression, and issues with relationships, along with other negative consequences. For those who are victimized by clergy, the effects can be even more devastating. A Pew Research Center study found that nearly 90% of people who attend a place of worship trust their religious leaders. It can be even harder to heal from abuse when it’s coming from a clergyperson.

Victims of sexual assault in New Jersey who are interested in filing lawsuits have more time to do so. In 2019, Gov. Phil Murphy signed New Jersey Assembly Bill A3648 into law, which made significant changes to the statute of limitation rules in New Jersey. Those who want to pursue legal action against the Catholic Church and organizations like the Boy Scouts of America (BSA) now have an opportunity to seek justice that wasn’t there before. This development is a massive win for coalitions against sexual abuse and sexual abuse advocates. The change in law gives victims even more of an incentive to bravely come forward.

Historically, New Jersey law allowed sexual abuse victims to only file lawsuits in the two years following the assault. Also, victims of childhood sexual abuse were only able to pursue litigation until they turned 20 years old. This policy was detrimental to victim rights, considering how common it is for survivors to wait years before sharing their assault with close friends and family, let alone law enforcement. The legislation signed by the governor provides those who have survived sexual abuse with more options to see judgment brought against the predators who harmed them.

Instead of being forced to share a traumatic experience by the age of 20, those in New Jersey can now disclose childhood sexual assault until 55 years old or seven years past discovery. Discovery is when the victim realizes they have suffered sexual assault, which can take a long time. Those who have suffered childhood trauma may take years before they fully realize the magnitude of what happened to them.

One of the New Jersey law changes is potentially life-altering for victims of sex crimes, including clergy abuse. Those who have been denied justice in the past due to the old statute of limitations can now file litigation during a grace period. The grace period began at the end of 2019 and claims must be filed by November 30, 2021. If you want to seek damages from the abuser, or if there’s an institution that protected the guilty party and potentially looked away from the abuse, you now have the freedom to make that choice even if the assault happened years ago. Due to the fast-approaching deadline, those interested in receiving restitution must begin to look at their legal options today.

Victims of sexual abuse by clergy, Boy Scout leaders, teachers, coaches, or other authority figures, should consider their legal options and consult an attorney with experience in handling sexual abuse lawsuits. The team of lawyers at D’Arcy Johnson Day is available to help sexual abuse survivors. Contact us today at (609) 641-6200 or (866) 327-2952 (toll-free) for a free consultation. 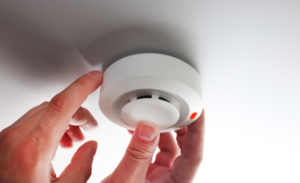